Urban resilience can be defined as the capacity of a city or urban area to cope with future shocks and change. There has been an increasing interest in this concept as a result of a sense of risk associated with climate change, economic downturn, social unrest and environmental disasters.

Systems with increased resilience, it is argued, enable cities to withstand shocks from man-made and natural disasters. A focus on resilience and the resulting strengthening of the self-organisation capacity of urban systems is also seen as a means of improving the sustainability of cities. 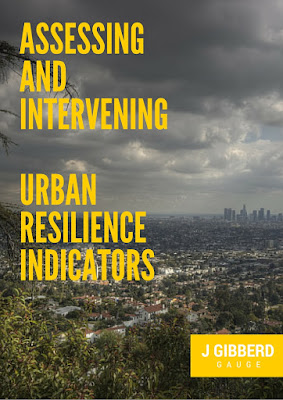 The Assessing and Intervening: Urban Resilience Indicators report reviews concepts of resilience in order to determine key characteristics of the field and how these may be applied to and measured in, urban environments. Urban resilience indicator systems, tools and related literature are surveyed to understand the current debates within the field and to identify gaps and uncertainties.

The report reveals that there are different understandings of urban resilience and divergent views on how this concept should be applied and measured. An analysis of approaches is used to classify, and describe, competing urban resilience theories as well as their associated intervention strategies and indicators systems.

Within this framework the report charts potential future research areas that could strengthen the theoretical basis of the urban resilience field as well as its practical application through indicators and indicator systems, as means of improving the resilience of cities and urban areas.